“Momma, I want to quit football, it’s too hard!!!”, my son, who was seven years old at the time, yelled these words to me, standing at the 50 yard line!!!! I quickly responded to him in my utmost Texas momma-matter-of-fact-voice (Insert Texas drawl here), “Son, Practice started 5 minutes ago, reach the end zone first, then we’ll talk. Hustle Up” (pointing to the endzone section of the field).

Oh boy, oh boy, his face grew beet red with fiery, clenching his fists, mumbling incomprehensible words under his breath, even with my lip-reading capabilities and body language translation super powers, I could not cipher his mumbling gibberish. It is with reasonable suspicion, he was mumbling not words of prayer  neither for perseverance, or SuperMan-like strength, but I think it was more along the lines of anger, frustration, and momma being his absolute LEAST favorite human on the planet for a hot Texas minute!

Every day during football season, every year, on the same practice field, around the same time, we had the same conversation that started off with “Momma, I want to quit football, it’s too hard!!!”

Despite his eagerness to quit everyday while at football practice, his team went on to win every game, and then moving on to win the championship every year for 6 years straight. Along with the winnings and trophies he eventually earned a spot in our town’s  local “Hall of Fame”.

On the way home from one Saturday game, he turned to me and said, “Momma, I scored the winning touchdown today – like a Suuuppppeeeerrrrr Hero! We are going to the championship. My Super Hero team and I made it to the championship! We all earned our SuperMan badges on the field this afternoon” I smiled proudly and replied, “I got the whole thing on video, baby!” 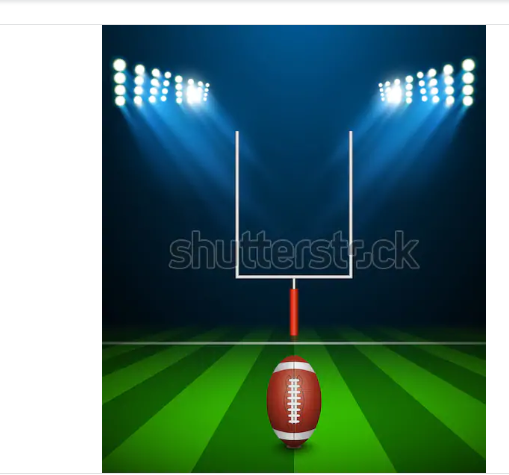 His victories came with a fair share of defeat. I witnessed firsthand, all his challenges, all the fall outs, physical and mental breakdowns, all his aches, pains and disappointment while standing on the side line cheering him on!

There were so many times, more than I can count with my fingers, when I knew it was time to throw in the towel,  but I did not allow him to quit, because as a parent, if I granted him the permission to quit at football at the age of 7, this means he would be quitting on his team, coach, and on himself.

So, then where is the lesson in that? What am I teaching him? Should I allow him to quit when he feels he is being challenged or when things get too hard?  With full intent and purpose, I wanted him to feel challenged so that he could take them on, as running away or quitting is never a solution, not at the young age of 7, 17, or 77!

Looking back in those years of pee-wee football, there were valuable lessons to be learned. The most important lesson that my son and I learned together is simply this:  If you believe in something – make it work. Show up every day, and give your 1000%, even though we don’t like certain parts of the experience or process -that is to be expected. Expect to fail, be ready to fail, accept failure as you will fall flat on your face over and over, and then again a couple more times!  When you hit the ground hard, having dirt in your mouth, and integrity buried deep in the soil, STAND UP;  shake off the pain, dust off the weakness and mute the excuses,  put your game face back on…and act like you’re in it to win it!!!! When you feel weakness coming on, work through it,  say a prayer if you have to – pray for perseverance, strength and courage. Keep going, keep believing, keep striving, never quit, and aim high, soon enough you’ll be scoring Hall-of-Fame Worthy Touchdowns – all the time, every time! Every triumph, regardless of size must be celebrated with a funky end-zone dance!

On the funny side to this post, my thoughts digressed, and wanted to share:  Metaphorically. if life’s challenges took on the shape of evil rams, I would expect my boy to take on challenges by the “horns” and tackle it head on! (however in real life, the likelihood of him encountering an evil ram is absolutely slim to none. And, thankfully, we live in a suburban area, making it 6 whole hours away from the closest rodeo from where we are and neither does he have accessibility to hot headed, live or mechanical  bulls! If, just in case, in the event, in the lowest probability that he experiences such a rare encounter with a non-fictional, possessed, wild and/or evil ram or bull, I trust he will use his right side of his brain and not his left side to save himself…..AND RRRRRUUUUUNNNNNN!!!! just saying!)

I hope you enjoyed this post as I did writing it!

Hi! I am Isla, a stay-at-home-mom with a blog and I absolutely love everything about coffee! Originally from the beautiful island of Guam and now reside in the mainland for the past two decades. Currently, I am learning how to speak German, but still can't put two German sentences together even if my life depended on it. Although, I am a pretty good cook at least that's what my husband tells me! And In between, writing, and running my household, I can be found crafting, working on money leis, perfecting money origami, learning how to sew, and lastly always finding ways to live well, minimally, happy, and frugally! View all posts by coffeewithisla